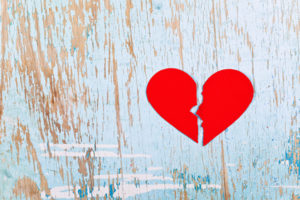 The Brits are widely known for their impressive sweeping-under-the-rug skills. Especially the men.

My dad is one of those men. He would argue that he doesn’t sweep anything under rugs – he just lets things go. He tried to train me on his method. “It’s easy,” he’d say. “Just push it out of your mind.” Like his failed attempts to teach me chess, it didn’t work.

Where was I supposed to let all this stuff go?

Here’s the thing: I don’t like to let things go. I like to work things out. And I like to talk. A LOT. I like to hit things head-on with a good chat. You know, share feelings, cry a little, hug when it’s all over and Bob’s your uncle, everyone is happy.

Now that I have my own family, rug-sweeping is not encouraged in my house. And elephants, they’re not allowed in my rooms. They are far too large and they smell really bad. While sweeping-under-the-rug may work for some, for many, it’s not a solution to unresolved conflict, pain, and suffering.

But what do we do when conversation is not an option?

My husband watched helplessly as, over time, his bubbly wife lost her zest for life.

He wanted me to let it go. But in this situation, conversation was impossible. There would be no talking, no sharing, no hugging, seemingly no resolution.

I didn’t know what to do, but I had to do something.

My girl crush, author Elizabeth Gilbert, said in an interview with Kerri Miller, “We’re allowed to make up rituals. We’re here to find meaning and meaning is the way we make sense out of chaos. Do whatever you need to do to transition safely from one point in your life to the next.”

I took Elizabeth’s advice. I invented a ritual.

During a cottage weekend, I put pen to paper and composed a lengthy letter saying everything that needed to be said. I never intended to send this letter. The writing alone was therapeutic.

After sunset, my husband built a roaring campfire. I read one page of my letter at a time and, to symbolize moving forward, I then circled the blaze clockwise before tossing it in the flames. As I watched each page transform to ash, I spoke the negative feelings and emotions I needed to release. To remind us of life’s sweet moments, we followed this ritual with a marshmallow roasting and a red wine toast to a future of freedom from this ordeal.

But we weren’t quite finished yet. The next morning, using leaves and twigs, we created simple little “boats” that we escorted out to the heart of the lake (on our real boat), where we set them free. As we watched them float away, we spoke our intentions for the future – peace, forgiveness, joy.

Hard as I try, I cannot sufficiently articulate the transformative power of these two simple rituals. It was like magic – I was back to my old self in no time, with forgiveness in my heart and an appreciation for the life lessons learned throughout the experience. Whenever my mind would stray back to that dark place, I would recall the sense of peace I felt as my little boat wandered across the lake.

I envy my Dad for the ease in which he is able to move on effortlessly, but for me, Elizabeth’s approach worked like a charm.

Linda Stuart is a Life-Cycle Celebrant / Ceremony Officiant located in Toronto, Ontario. For more information on healing rituals, contact me. 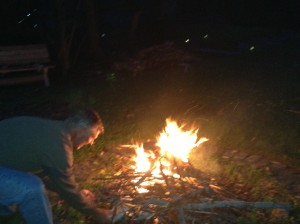 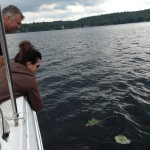